A few years ago, walking the long way back to my classroom from Baker Hall, I noticed a strange growth hugging the curb in the parking lot behind Ryan Hall.  I stopped and checked it out.  What was so startling was that it looked like seaweed. I thought, “ Seaweed in a parking lot?”

I asked other science teachers if they knew what it was.  They did not.  I checked a native plant guide and a fungus guide.  There were no matches. 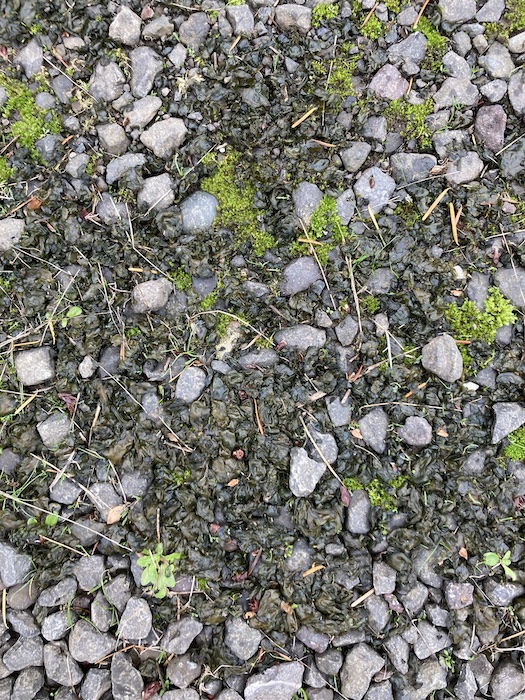 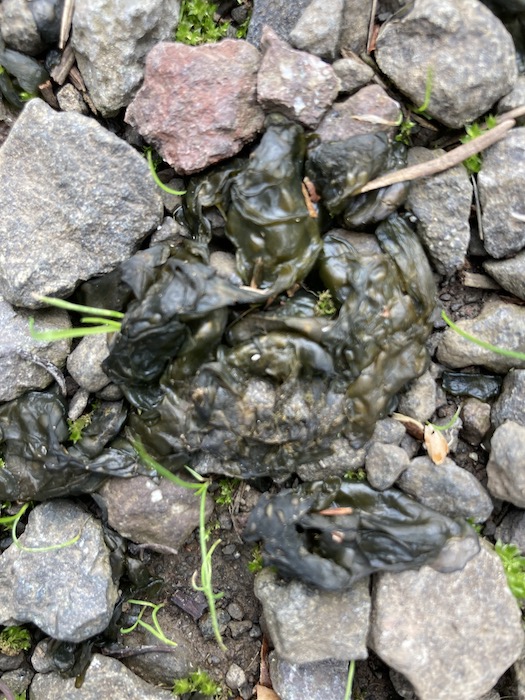 Then, this year, with so few cars in the parking lot behind Parke Hall, this organism has spread.  It is now easy to find, in swaths across the gravel.  Admissions Director Lisa snapped a photo and ran it through her fungus identification app with no luck.  Technology Director Lionel pointed out that it wasn’t as tough as a seaweed.  He is right; it’s actually pretty delicate. 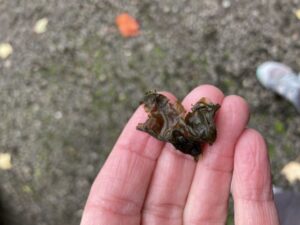 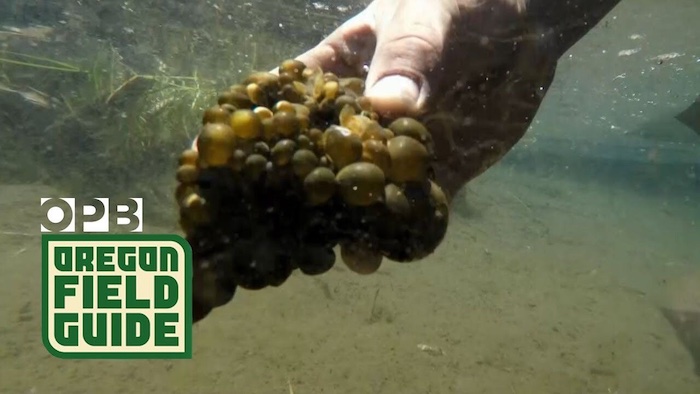 Finally, a month ago or so, I was watching Oregon Field Guide.  They did a story about “mare’s eggs,” cyanobacteria that live in a clear, cold lake in Oregon.  The photos weren’t a perfect match, but they sure reminded me of the WSA parking lot mystery organism.

I sent off some more emails and last week a former colleague from The Seattle Aquarium and retired salmon biologist, sent back an id.  He believes he has seen this species on Camano Island at Cama Beach State Park.  He confirmed it most likely is cyanobacteria, bacteria that photosynthesize.  The genus probably is Nostoc.  He wrote that Nostoccan can be found in soil, on moist rocks, and at the bottom of lakes and springs.  I share his wonder at this example of how life finds a way, no matter the habitat.

If you come to campus, see if you can find Nostoc.  Take time to think about this:  You are looking at a colony of single celled prokaryotes who are living together, photosynthesizing and making a go of it in a patch of gravel.  I haven’t checked any other areas to see how widespread it is, so some more eyes hunting would be helpful.  And if you know more about this organism or know someone who does, let us know.