Home » News » The Show WILL Go On: See How They Run Performances set for Restore Church

The Show WILL Go On: See How They Run Performances set for Restore Church 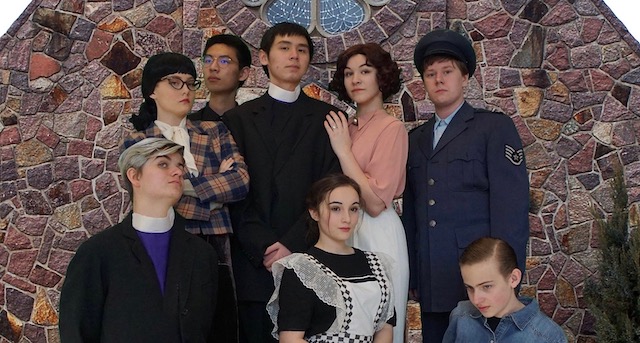 West Sound Academy’s spring drama production See How They Run will be performed on March 14, 15, and 16 at Restore Church, 20081 Viking Ave NW, in Poulsbo , with curtain at 7 p.m. The location for performances had originally been set for the William D. Harvey Theatre on the Olympic College Bremerton campus. When the college facility became unavailable for the three dates in March, Director Gretchen Nordleaf-Nelson and WSA parents and staff reached out to other organizations in the Kitsap community to secure another venue. Restore Church in Poulsbo came through with an offer to share its gathering space for dress rehearsals and performances.

Jim Walter, Lead Pastor at Restore Church, is happy to help out the WSA actors. “”A reason we chose to lease this space was to demonstrate love for people, to support the rhythms of our neighborhoods and to bring tangible benefit to our community. One of the best ways to do all that is to work with established local groups. Because of this, we are very glad to host the West Sound Academy Thespian troupe.”