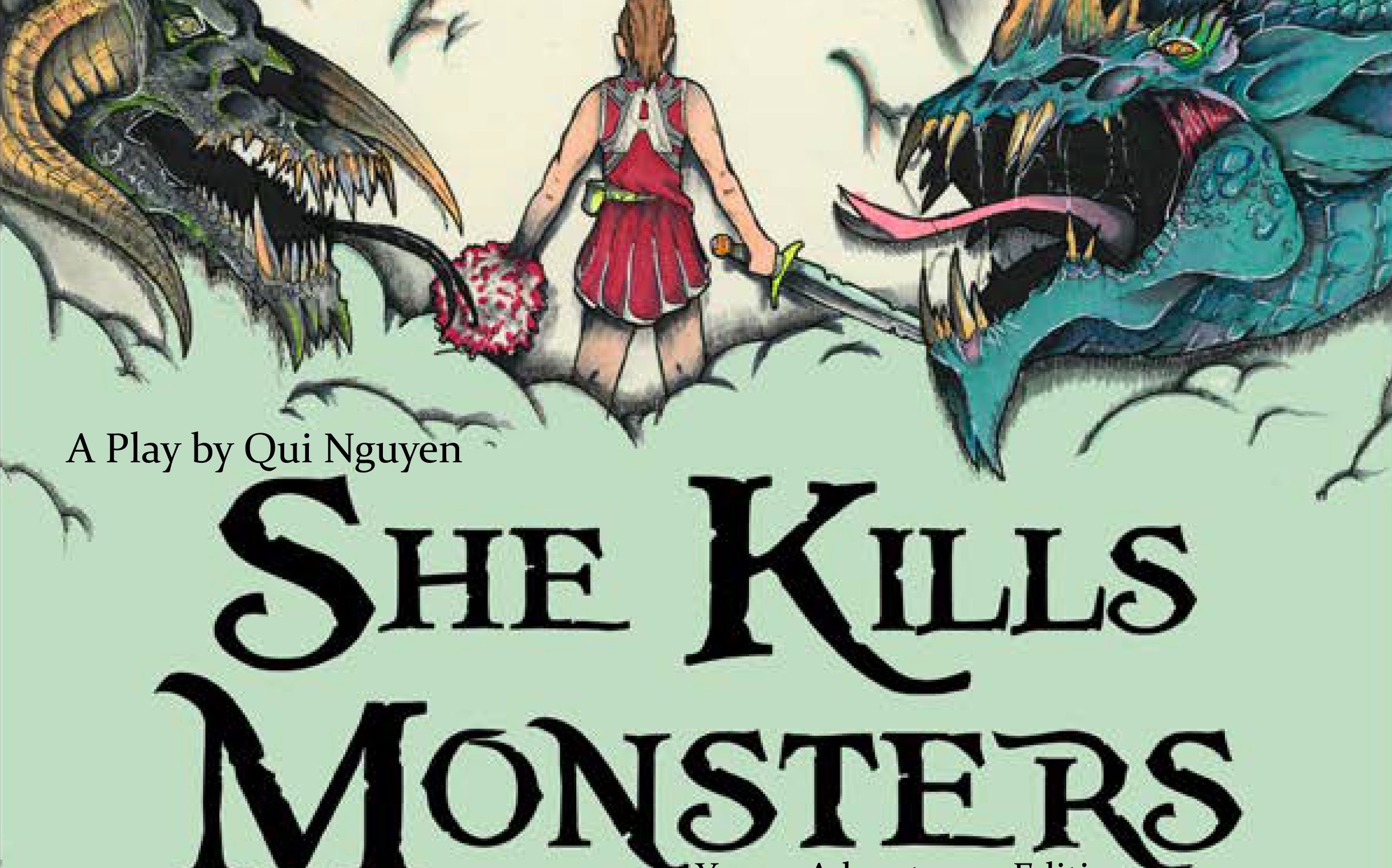 She Kills Monsters is a contemporary dramatic comedy centered around Agnes Evans, a high schooler who is longing to learn more about her recently-deceased sister, Tilly.  Set in Athens, Ohio and the imaginary land of New Landia in 1995, the 90-minute play by Qui Nguyen tells the story of Agnes as she deals with the death of her younger sister.  “When Agnes stumbles upon Tilly’s Dungeons and Dragons notebook, she finds herself catapulted into a journey of discovery and action-packed adventure in the imaginary world that was her younger sister’s refuge,” explains director Gretchen Nordleaf.

Nordleaf describes the play as “not only a high-octane dramatic comedy laden with homicidal fairies, nasty ogres and ’90s pop culture, but also a story that deals with the themes of questioning LGBTQ roles as an adolescent, acceptance by one’s family, as well as bullying based on stereotypes and stigmas. Agnes learns more about Tilly than she ever could have imagined.”

Nordleaf, who is celebrating her sixth year as Drama Director at West Sound Academy, said that this year “we have expanded our program to include a series of shows that are all over the theatre genre world” in response to student interest and requests.” This year’s season also includes Boeing, Boeing to be performed in February and Little Shop of Horrors which will play in April.

Tickets are $8 for K-12 students and $12 for others. Tickets can be purchased at the door 40 minutes before each performance.