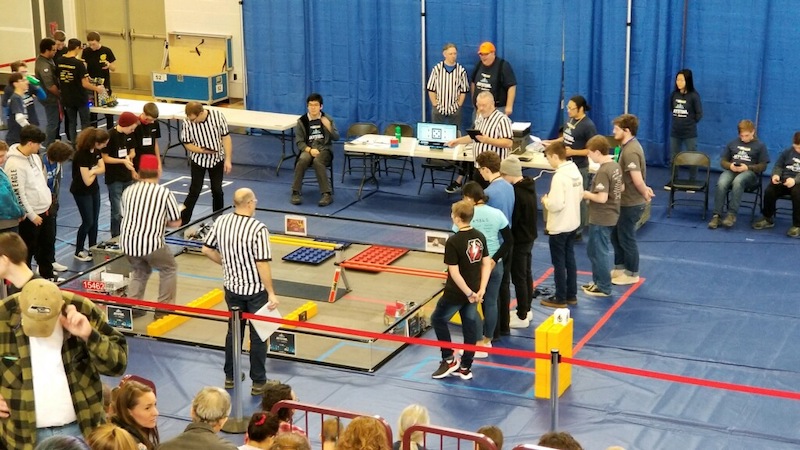 WSA’s Robotics team competed in the Tesla Interleague championship event of the FIRST Tech Challenge on January 11 at Baker Middle School in Tacoma. Thirty-four schools from the Puget Sound area competed in the event. After a long day of intense competition WSA’s team made it into the quarter-finals by winning 4 of its 5 matches, finishing 6th overall. Team co-captain Emma Longworth-Slone then chose two teams with which to ally: Team 4213 Ctrl-Alt-Defeat and Team 5446 Clawsistency, both from Enumclaw. WSA, along with their allies, put up their best scores of the day but were not able to defeat the eventual winner of the competition: Team 14179 Sushi Squad from Redmond and their allies. Coaches Jen David and Lionel Pummell are very proud of the team’s accomplishment of making it into the playoffs at Interleague for the second year in a row and are looking forward to next year.